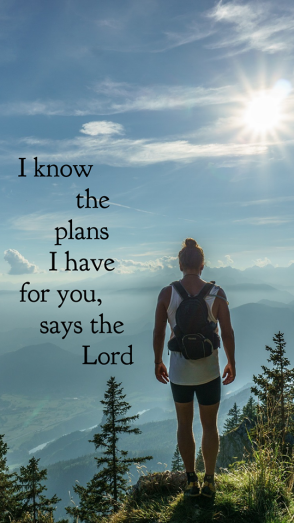 Why can others often see our gifts, talents, and God’s plan for our lives so much easier than we can? I was reminded of this truth when I was recently reading someone’s personal testimony about the struggles he had been facing. The enemy does not want us to know our worth, especially to the Kingdom of God, or the plans God has for us, because when we have that settled, we can be dangerous to the enemy’s plans!

One of Satan’s greatest weapons is to attempt to tear us down through intimidation and rejection. This can come in many forms, but one of the most common is to use the words and actions of those around us.

This was even true in the life of Jesus, during His earthly ministry. I want to take you to two different examples of this tactic in action.

1 Jesus left that part of the country and returned with his disciples to Nazareth, his hometown. 2 The next Sabbath he began teaching in the synagogue, and many who heard him were amazed. They asked, “Where did he get all this wisdom and the power to perform such miracles?” 3 Then they scoffed, “He’s just a carpenter, the son of Mary and the brother of James, Joseph, Judas, and Simon. And his sisters live right here among us.” They were deeply offended and refused to believe in him.

Can you hear the intimidation rage as they scoffed? Today it might sound more like, “Who do you think you are?” For many, this is the stopping point – this is the place where we back off, and rethink our stance on walking out the plan of God for our lives. It is a normal human reaction to feel the sting of rejection, and in an effort to make that pain stop, to back away from the directive God has given us. Jesus gives us a different example. I am sure He felt the intimidation and the rejection, especially since it was the people from his own hometown. However, He didn’t let their words or actions define His. We see His response as we continue reading this passage.

4 Then Jesus told them, “A prophet is honored everywhere except in his own hometown and among his relatives and his own family.” 5 And because of their unbelief, he couldn’t do any mighty miracles among them except to place his hands on a few sick people and heal them. 6 And he was amazed at their unbelief.

The people in this location limited Jesus, but He did not allow their intimidation and rejection to control His future and the fulfillment of the plans God had for Him. If you continue to read the next verse of this passage, it says, “Then Jesus went from village to village, teaching the people” (Mark 6:7). He realized the opposition, but didn’t allow it to stop Him. Look at this next passage for yet another example.

43 The next day Jesus decided to go to Galilee. He found Philip and said to him, “Come, follow me.” 44 Philip was from Bethsaida, Andrew and Peter’s hometown. 45 Philip went to look for Nathanael and told him, “We have found the very person Moses and the prophets wrote about! His name is Jesus, the son of Joseph from Nazareth.” 46 “Nazareth!” exclaimed Nathanael. “Can anything good come from Nazareth?”

Have you ever had someone tell you that nothing good could come from your life? Maybe they didn’t actually say those words, but you certainly felt the judgement of the actions of others. This is exactly how the enemy of our soul wants us to feel! He wants us to feel devalued to the point that we stop trying to fulfill the plans God has for our lives. Again, Jesus gives us a different example. He just continues to be who He is called to be. He displays the gift of God in His life and then Nathanael believed.

“Come and see for yourself,” Philip replied. 47 As they approached, Jesus said, “Now here is a genuine son of Israel—a man of complete integrity.” 48 “How do you know about me?” Nathanael asked. Jesus replied, “I could see you under the fig tree before Philip found you.” 49 Then Nathanael exclaimed, “Rabbi, you are the Son of God—the King of Israel!”

I want to encourage you today! Don’t allow the sting of rejection or the power of intimidation to stop you from fulfilling the plans God has for you. Don’t focus on what others say you can’t do; instead keep your aim on what God says about you! Don’t let your past failures and current shortcomings paralyze you from moving forward in the direction He guides you. Learn from the past, let God’s strength fill the gap of your own weakness, and be who He wants you to be!

Like Loading...
"He that dwelleth in the secret place of the most High shall abide under the shadow of the Almighty. I will say of the Lord, He is my refuge and my fortress: my God; in him will I trust." Psalm 91:1-2 KJV
Follow Secret Place Revelation on WordPress.com